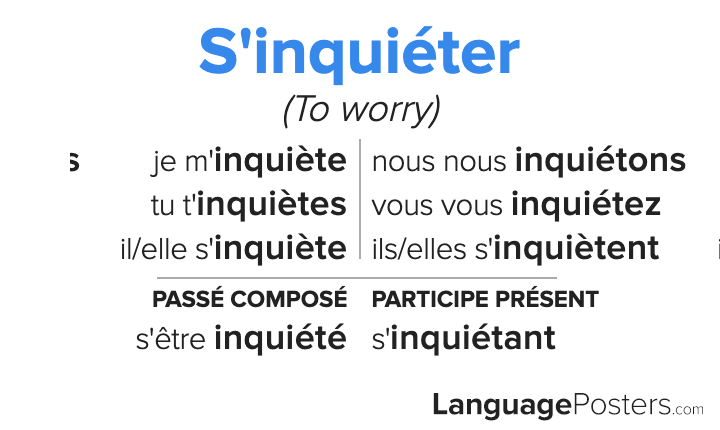 Inquiéter is a French reflexive verb meaning to worry. Inquiéter appears on the 100 Most Used French Verbs Poster as the 3rd most used reflexive verb.

The passé composé of Inquiéter is formed by combining the auxiliary verb s'être with the past participle inquiété.

The participe présent of Inquiéter is inquiétant.

Looking for more verbs like Inquiéter? Check out our French Conjugation Chart, the 100 Most Used French Verbs Poster!