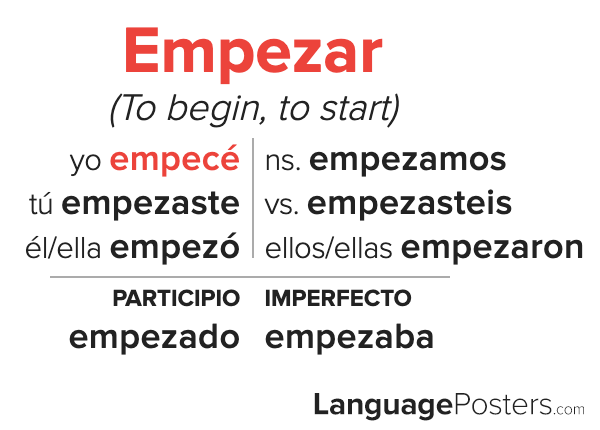 Empezar is a Spanish verb meaning to begin, to start. Empezar is conjugated as an irregular verb in the preterite tense. Empezar appears on the 100 Most Used Spanish Preterite Tense Verbs Poster as the 33rd most used irregular verb.

The participio of Empezar is empezado. The present perfect tense is formed by combining the auxiliary verb haber with the participio.

The imperfect root of Empezar is empezaba. The imperfect tense is rarely irregular and can be easily conjugated from this form, which is the yo, and él/ella conjugation.