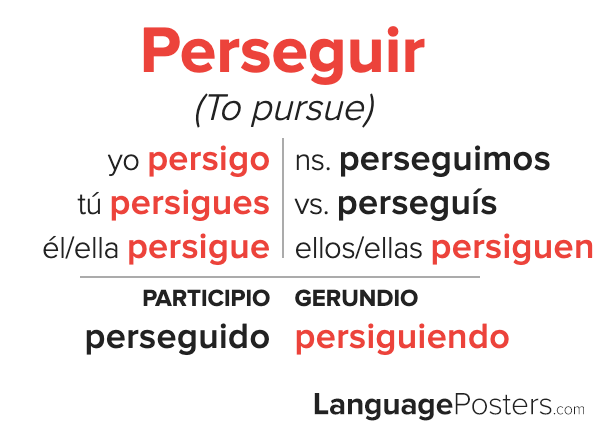 Perseguir is a Spanish irregular verb meaning to pursue. Perseguir appears on the 100 Most Used Spanish Verbs Poster as the 21st most used irregular verb.

The participio of Perseguir is perseguido. The present perfect tense is formed by combining the auxiliary verb haber with the participio.

The gerundio of Perseguir is persiguiendo. The present continuous tense is formed by combining the auxiliary verb Estar with the gerundio.

Looking for more verbs like Perseguir? Check out our Spanish Conjugation Chart, the 100 Most Used Spanish Verbs Poster!